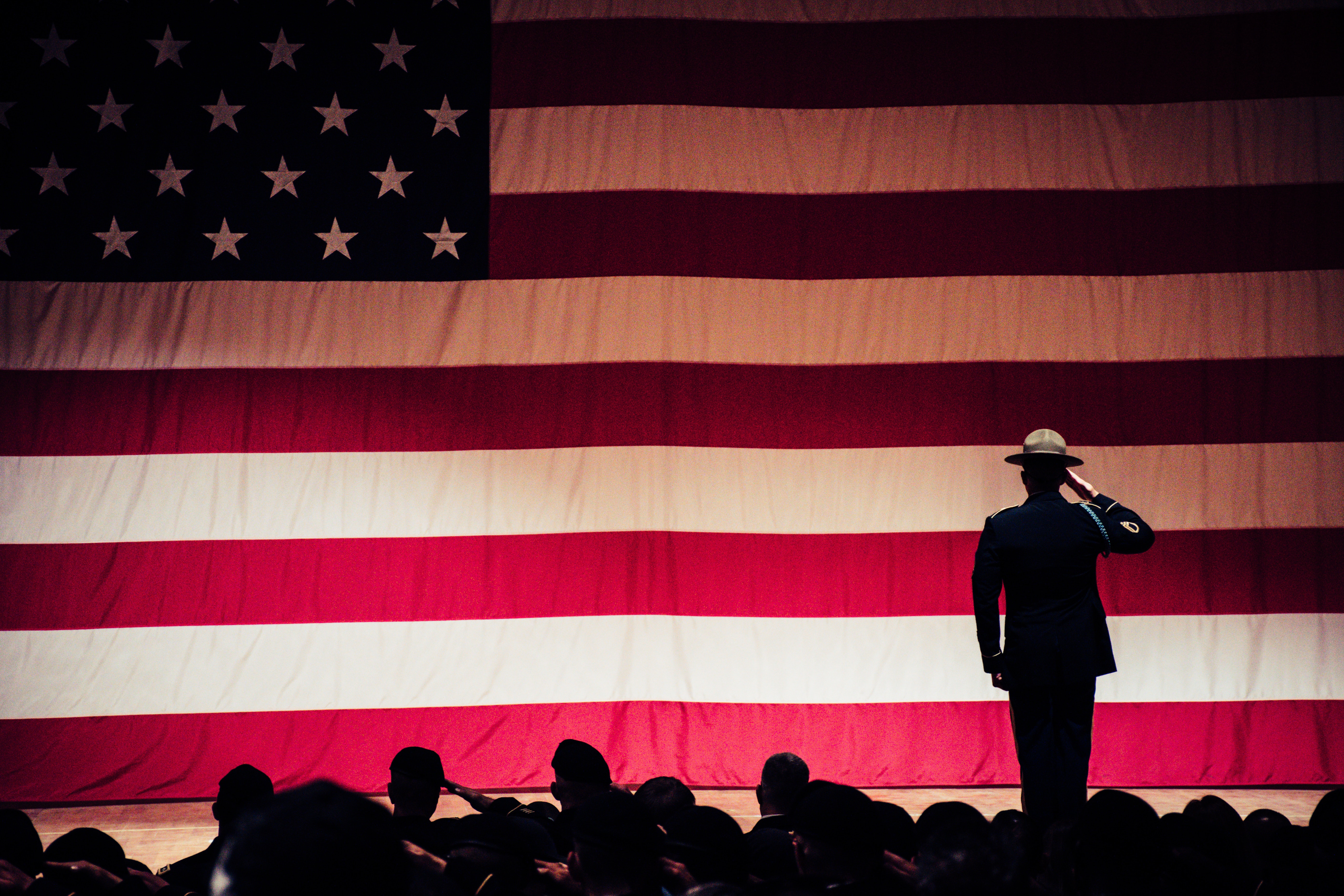 Over this past weekend, there were 16 games across the NFL. The gridiron of fall is in full swing. Teams battled to remain undefeated, while others put forth their best effort to win their first game. All of America eagerly awaited kickoff.

Men and women all over the country, in support of their team, suited up, painted up, and lined out their food trays in preparation for the weekly release from their work week. A day where they didn’t have to worry about due dates, delivery schedules, or spreadsheets. They didn’t have to listen to news on the radio about who said what to whom and what the consequences would be. They look forward to football –their escape from all of that.

Across America, TVs were turned on and people tuned in. What they were met with caused mixed emotions. Some applauded, some were indignant. All just wanted to get through it so the game would begin and they could watch their team dismantle the other and then calculate how their fantasy team progressed. But their Sunday escape was soiled with the politics on display through a medium that should have been void of such shenanigans.

Some people pay their hard earned money for subscriptions to make sure they have access to every single game. Why on earth would they want to watch players paid to play a game, front and center pushing a political view on them? They want to watch a football game. But what they got was a widespread political statement that stretched from Oakland-Alameda County Coliseum to Gillette Stadium.

So what happened this week to provoke such a distraction?

What Happened That Day

The battle lines were drawn far from any field of play. President Trump Tweeted on Saturday about the players in the NFL who took a knee during the National Anthem the previous week. He said, “If a player wants the privilege of making millions of dollars in the NFL, or other leagues, he or she should not be allowed to disrespect our Great American Flag.” He suggested that they should stand for the National Anthem or be fired.

Later that morning, Roger Goodell, Commissioner of the NFL issued a response saying that the President lacked respect for the NFL and its players with his comments. He called his Tweet divisive and praised the unity of the players in their public stance.

Trump then responded suggesting that the League should fire or suspend players. Calling on them to support the US and its Flag. Also suggesting that if not heeded, a nationwide boycott would get the league to turn around fast. While he praised the players who stood with locked arms, he continued to denounce those who chose to take a knee.

This back and forth bickering is absurd. It makes me feel like I’m back on the playground when someone gets mad and says, “I’m taking my ball and going home!”

Although divided, both sides do have a common view: If they can get enough people to express a common feeling then change will arise. The NFL players feel that if enough kneel in protest, then whatever issue they are kneeling for will be addressed. Those who view the player’s actions as inexcusable feel that if enough people boycott the NFL the players will stop expressing those feelings publicly. They are in a back and forth battle that no one will ever win because neither will give in.

While I wholeheartedly disagree with what these players are doing, they have a constitutional right to stand, kneel, or lay down in protest. The real question is, is this the proper forum to express personal views? These players are at work. What would the company you work for do if you made a political statement in the workplace?

Some companies have a morality clause that employees agree to when hired. If you were to violate that agreement and bring unwanted attention that could tarnish the company name, the company could terminate your employment. I am no scholar on the ins and outs of the football profession, but I would assume that many players have one of these in place.

The problem this past weekend was that these players were not making a statement about equality or racism. They were making a political statement against the “controversial” statements of an “unpopular president.” They were making an attempt to unify through divisiveness. Which, in this age where people are easily offended, is not going to help unify the different opinions. I’m okay for unity to support a cause, I’m not okay with banding to subvert authority.

The two opposing views are steadfast. While some feel they have the right to kneel, others have a compulsion not to. The pride they have in the country goes beyond the lines and barriers people set up. Whether you exercise your freedom of speech to “petition the Government for a redress of grievances,” or to simply display your disagreement of something someone has said, that is your right. Even when the majority has a contrary view to what you are taking a stand for.

To Stand or to Kneel

You can agree or disagree with the President’s policies and actions since taking office. You can make your voice be heard in either direction. Either way, he is still the President. **** Side note. IN TODAY’S AGE THIS MEANS BIDEN*** An opposing opinion will not change that, and he should be honored regardless of any personal feeling. While Trump plays with the line of decorum quite often, the position should still be respected even if you feel the man in office is not.

Men and women have bled and died for the freedoms you and I share. They have fought under the stars and stripes and take pride in its display. The sacrifices they made should be honored in any representation of the National Anthem. But, consider this, the same freedoms that give one the right to salute the flag, give one the right to dishonor it. While it is an atrocious act, it is still a right.

The thing is we are all American. Some of us will stand firm to the death to defend and honor this country and all it represents. Others will sit on their hands–or in this case, bend a knee, and simply live under the freedom that others have fought and bled over. Soldier or pacifist, we are all the same.

All men are created equal. No one is above the other. It is promised to us in the Bible and in the Constitution. We should not argue over these things. Respect is the key. Respect someone’s decision to kneel, but don’t beat them up about it. Respect those that are standing around you while you are taking your knee. Yes, continue to voice your contrary opinion, but don’t attempt to censor the other voice if it doesn’t line up to your opinion…you know what it is called when you try and silence the opposing view? It’s called communism.

Our country needs unity. If we keep drawing lines along racial, political, religious, or gender views, then the unity we seek will never come to fruition. We are not right or left, we are not black or white, male or female, God-fearing or Atheist, we are all human. And until we all come to that consensus, true peace will remain out of our reach.

We are all American citizens and have rights guaranteed to us. We all have beliefs and convictions and the right to make them known. While we may not agree with what is said, how it’s said, or when it is said, but if we start negating those rights, even in the slightest, we proceed further down the road of division. If we proceed too far, which I fear we may be close to that point, then this beloved country will cease to be the land of the free.

I leave you with a quote from a once popular movie that is apropos to our current situation. Although the character who delivers this line is a Democrat, I believe it has a strong conservative view.

“You want free speech? Let’s see you acknowledge a man whose words make your blood boil, who’s standing center stage and advocating at the top of his lungs that which you would spend a lifetime opposing at the top of yours. You want to claim this land as the land of the free? Then the symbol of your country can’t just be a flag; the symbol also has to be one of its citizens exercising his right to burn that flag in protest.” –Michael Douglas as Andrew Shepherd, The American President, Dir. Rob Reiner, Universal Pictures, 1995